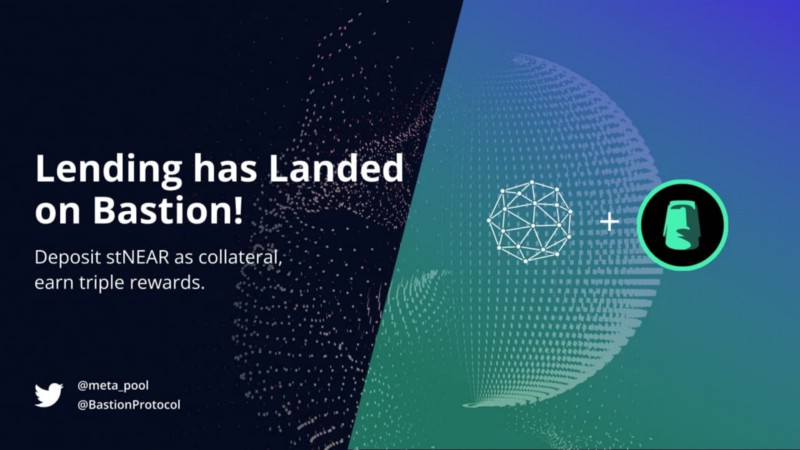 We are thrilled to have partnered with Bastion as they become the first lending protocol on Aurora to list stNEAR. Bastion launched on Aurora just over one week ago with a limited range of assets that include NEAR, USDC, USDT and Ethereum and has already amassed a whopping $280m+ of Total Value Locked (TVL). Now stNEAR is being added, along with Aurora, enabling users to earn up to six different types of rewards and to access liquidity by borrowing money using stNEAR as collateral.

The world of Decentralized Finance (DeFi) is sometimes referred to as Money Legos to capture one of its most important features composability. Further, DeFi has the unique ability of allowing users to mix and match across any components to achieve maximum capital efficiency and best returns.

Staked NEAR (stNEAR) is the best form of collateral, as it combines two important aspects. First, it is made up of NEAR, a strong asset with deep liquidity. Second, a stable, low-risk revenue stream in the form of Staking Rewards from the Protocol, currently around 10% paid out in NEAR.

In addition to the utility of $stNEAR on lending protocol platforms, we have launched Meta Recipes, which allow you to easily migrate between pools.

How the Bastion Lending Protocol Works

Bastion is a decentralized lending protocol which algorithmically sets interest rates based on supply and demand. Quite simply, you can deposit assets as collateral and borrow money against that collateral.

However, if your position falls below the minimum collateralization requirements it will get liquidated: you lose your collateral as it gets used to pay back your outstanding debt.

Last month we announced changes to the way META rewards are distributed to prioritize our partners, Bastion being one of them. But it gets better! stNEAR depositors will benefit from a range of rewards that are designed to kickstart the DeFi ecosystem:

There are many opportunities with varying degrees of complexity to put your capital to work and generate healthy returns. Some of the more popular ones are:

deposit stNEAR, earn multiple rewards, borrow USD stablecoin using stNEAR as collateral. If the amount you are receiving from rewards in higher than the interest rate paid on the USD debt, then the loan pays for itself over time.

3 Ways to Get stNEAR

Get stNEAR on Trisolaris or Wannaswap

Directly with Meta Pool on NEAR

Directly with Meta Pool on Aurora

Built on the NEAR Protocol infrastructure, Meta Pool is the leading liquid staking solution for $NEAR holders to earn staking rewards and maintain their liquidity to participate in DeFi protocols on NEAR and Aurora.

stNEAR (staked NEAR) is the yield-bearing token handed to stakers to unlock the liquidity of their $NEAR staked on Meta Pool.

Stake $NEAR on Meta Pool

Go DeFi on NEAR & Aurora

With a TVL of about $120 Million USD, Meta Pool has become in just a few months a cornerstone element of the NEAR ecosystem, heavily contributing to its decentralization and to the liquidity of $NEAR.

In February 2022 Meta Pool has been successfully audited by BlockSec, confirming the implementation of the highest security standards. 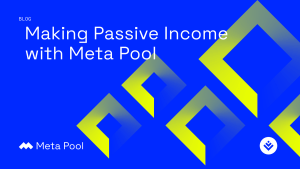 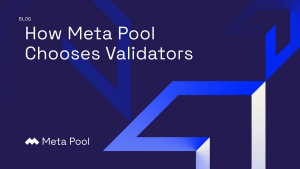